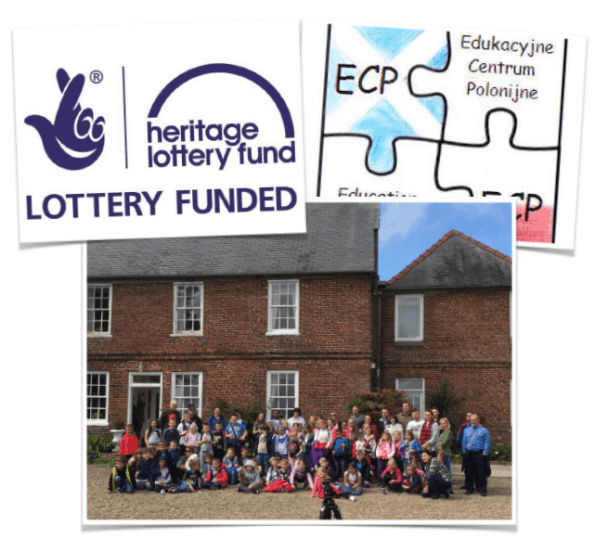 Project objective
The objective of ‘Young Explorers of Polish Scottish Heritage’ project was to educate the Polish and Scottish communities on their shared heritage and history.
How the objective was achieved
The objective was achieved by a the organisation of five interactive trips to different historical sites in Scotland and lecture. The five sited visited were:
• Sunwick Farm in Berwickshire.
• Scottish National Portrait Gallery in Edinburg.
• National Museum of Flight Scotland.
• Great Polish Map of Scotland at Barony Castle in Eddlestone.
• Edinburgh Zoo.
The two lecture given was:
• The Scottish migration to Poland in XVI and XVII century

The project organisation and funding
This Project was funded by the National Heritage Lottery fund and organised by ECP-Education Centre.
We visited the site of the former Windfield Camp for Displaced Persons where Wojtek the soldier bear and his fellow soldiers have been stationed at the end of the WWII waiting to find out their fate.
Druing this visit the children were told a story of the Syrian brown bear, christened Wojtek by the Polish soldiers who adopted him as a cub on their route through the Middle East during the WWII. Wojtek became a legend at the Battle of Monte Cassino in Italy, when, under fire from German forces, he carried heavy ammunition boxes for the Polish gunners. The 500lb bear lived out his final years in Edinburgh Zoo. Wojtek became the symbol of freedom and solidarity for Poles around the world.
We used materials from the ‘’Wojtek the bear – Polish soldier on his majesty payroll’’ section of the Scottish Polish Heritage website to develop educational content as well as inviting Aileen Orr the author of the book ‘’Wojtek the bear Polish war hero’’ for a storytelling session.
We visited the gallery to admire collection of the original portraits of Stuart and Sobieski family members and hear the story of Bonny Prince Charlie, royal born from the connection of these two Families. The portraits will be used as a back drop to explore the histories of this two powerful families and historical events of the XVIII century Scotland that Bonny Prince Charlie was integral part of; Jacobite rising, Culloden Battle.
We used materials from the Royal Connections section of the Scottish Polish Heritage website to develop educational content as well as inviting art historian Aleksandra Wojtkiewicz to tell us about the paintings and history of the time. The gallery was visited on two separate occasions. The first visit was on the 26th of November 2016 and the second was on the 2nd of December 2016.

We saw the military aviation collection and a real Spitfire fighter aircraft. These objects were used to tell the story of Polish soldiers, part of allied forces and their fate during the Second World War. Great Britain was one of four countries where the Polish army ‘in exile’ was recreated, after the initial defeat in 1939 against Germany and USSR. It was a chance for the Poles to start their fight again,‘ for your freedom and ours’. In 1940, the Scottish Lowlands were chosen to become a hub area for Polish military camps. Polish soldiers repaid British hospitality in many ways:
• The valuable contribution made by the Polish pilots in the Battle of Britain.
• Polish Intelligence in solving the Secret of Enigma.
• Polish navy contribution in the Clydebank Blitz
We used materials from the relevant sections of the Scottish Polish Heritage website to develop educational content as well as invite local historian Robert Ostrycharz author of the ‘’Polish war graves in Scotland: A testament to the past’’ book for a storytelling session. The date we visited the museum was the 25th of February 2017.

We visited this historical structure, listed by Historic Scotland as the biggest physical 3D map in the world to tell the story of Polish and Scottish post war collaboration. The structure, built in the 1970s by Polish geographers from Cracow’s Jagielonian University as a tribute to Polish fighters of the WWII.
The map is a copy of the military map that believed to be used by General Maczek’s soldiers and students during WWII. The castle became the headquarters of the 10th Armoured Cavalry Brigade, later reorganised to become the 1st Armoured Division which was commanded by General Stanislaw Maczek. The Castle became a strategic centre for the defence of Scotland against the anticipated invasion by the Nazis from Norway. The Poles were given the task of defending the shores, patrolling and installing antitank obstacles along beaches from Inverness to Berwick.
We used materials from the sections of the Scottish Polish Heritage website to develop educational content as well as invite Mapa Scotland organisation to tell us about the creation of the map and the restoration history of it.
The date we visited the map was the 7th of May 2017.

We visited the Edinburgh Zoo to see the old and last home of Wojtek the Bear. This trip was organised for the youngest of our explores which were not able to attend the trip to Sunwick farm. We used materials from ‘’Wojtek: War Hero Bear“ as well as inviting the author of the book, Jenny Robertson for a storytelling.
We visited the Zoo on two separate occasions. The first visit was on the 9th of June 2017 and the second was on the 10th of June 2017. 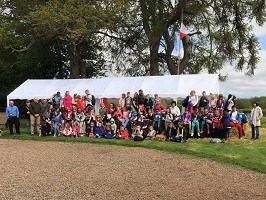 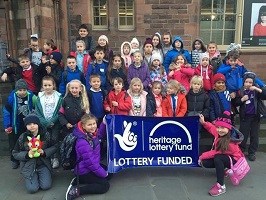 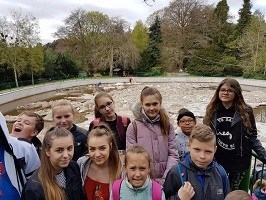 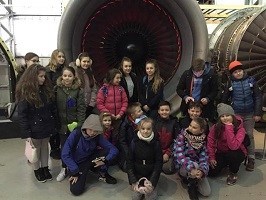 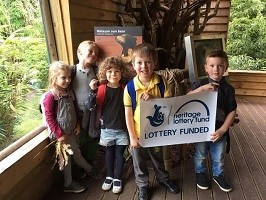